By Silvermoon out of Delanuee, Stolen Solo is one of the most beautiful foals I’ve ever seen. He has been sold to Lucy Scudamore, a talented professional dressage rider who is keeping him entire and will be backing him in 2016.

Silvermoon has an incredible record for producing sports horses when bred to non-trakehners mares. He has 16 recorded offspring out of non-trakehner mares and three of those I’ve bred. Three of the 16 are competing internationally in dressage or showjumping and two 8 year olds are competing Advanced Medium level and Stolen Moon is competing in eventing and dressage.

Stolen Solo’s dam is Delanuee who is De Niro x Prince Thatch and comes from the motherline of Piccolino who won team gold medals for Germany in dressage at the European championships and WEG. 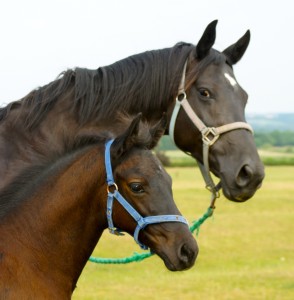 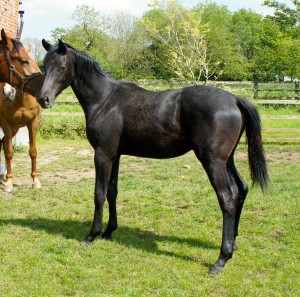 Stolen Solo as a yearling 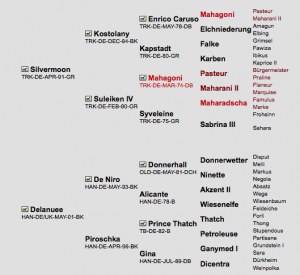